I'm a co-creator of the JellyBOX 3D printer, a two-time winner of the Make Magazine's Best for Schools award.

Here's me being interviewed about JellyBOX at the 2018 World Maker Faire in New York:

A short list of what I did at IMADE3D

JellyBOX is transparent on purpose - so that it's easy to see how everything works. It's the opposite of a black box; an implicit learning object. Almost all components and sub-assemblies can also be removed and replaced without taking the whole printer apart.

The electronics and wiring - the parts that's often out-of-sight like some dirty secret - are neat and center-stage. There is no magic here, only science.

The whole printer is held together by cable ties! Not only it's way faster (a necessity for in-person workshops!) and more forgiving than metal fasteners (no chance of over-tightening), the slightly flexible nature allows for self-alignment and absorbs more vibrations. 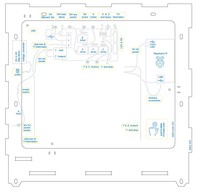 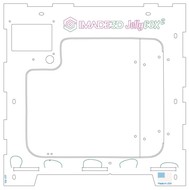 A bit of the Story

In 2016, I teamed up with an electrical engineer, software developer, and a serial entrepreneur Ladi to figure out how to create meaningful learning experiences with 3D printers (which he had fallen in love with).

Inspired by MIT's constructionism, we settled on trying to use the experience of building a 3D printer as a learning experience and as a way to get people hooked up on digital manufacturing. If you can't build it, you don't understand it…

We tried many printers on the market, but none was as easy and self-explanatory to build as we would like, so we set out to make our own.

A literar ton of work and learning later, we were running in-person hands-on build workshops in which we were leading kids of all ages how to build their own 3D printer - which we had just custom designed for that purpose.

The story is obviously too long and complicated to be featured here. If you want to talk more in depth, send me a message. 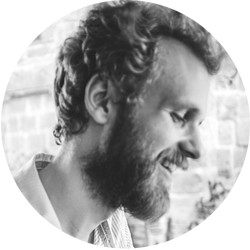